Selection of problems solved with our algorithms

Our powerful registration algorithms allow to fuse pre-interventional imaging such as multi-parametric MRI and (PSMA-)PET with freehand trans-rectal ultrasound (TRUS) for improved prostate cancer screening or targeted biopsies. To deal with these challenging imaging datasets, which are subject to various complex deformations, a number of image analysis technologies are paired with sophisticated fused visualization and interaction.

The ImFusion Suite offers a variety of tools allow for calibration, 3D reconstruction, and registration of freehand ultrasound acquisitions. Both intensity-based and feature-based registration are readily supported by the software. For a powerful intensity-based registration, a statistical deformation model [1] can be used to initialize the non-linear transformation according to commonly pronounced deformation modes for subsequent intensity-based image alignment. The definition of anatomical landmarks together with tools for blending, superimposition and side-by-side visualization enable fusion of e.g. trans-rectal ultrasound acquisitions with an MRI scan. A combination of available anatomical clues and powerful image similarity metrics lead to a robust final alignment of the data despite its difficult appearance and geometrical inconsistency. 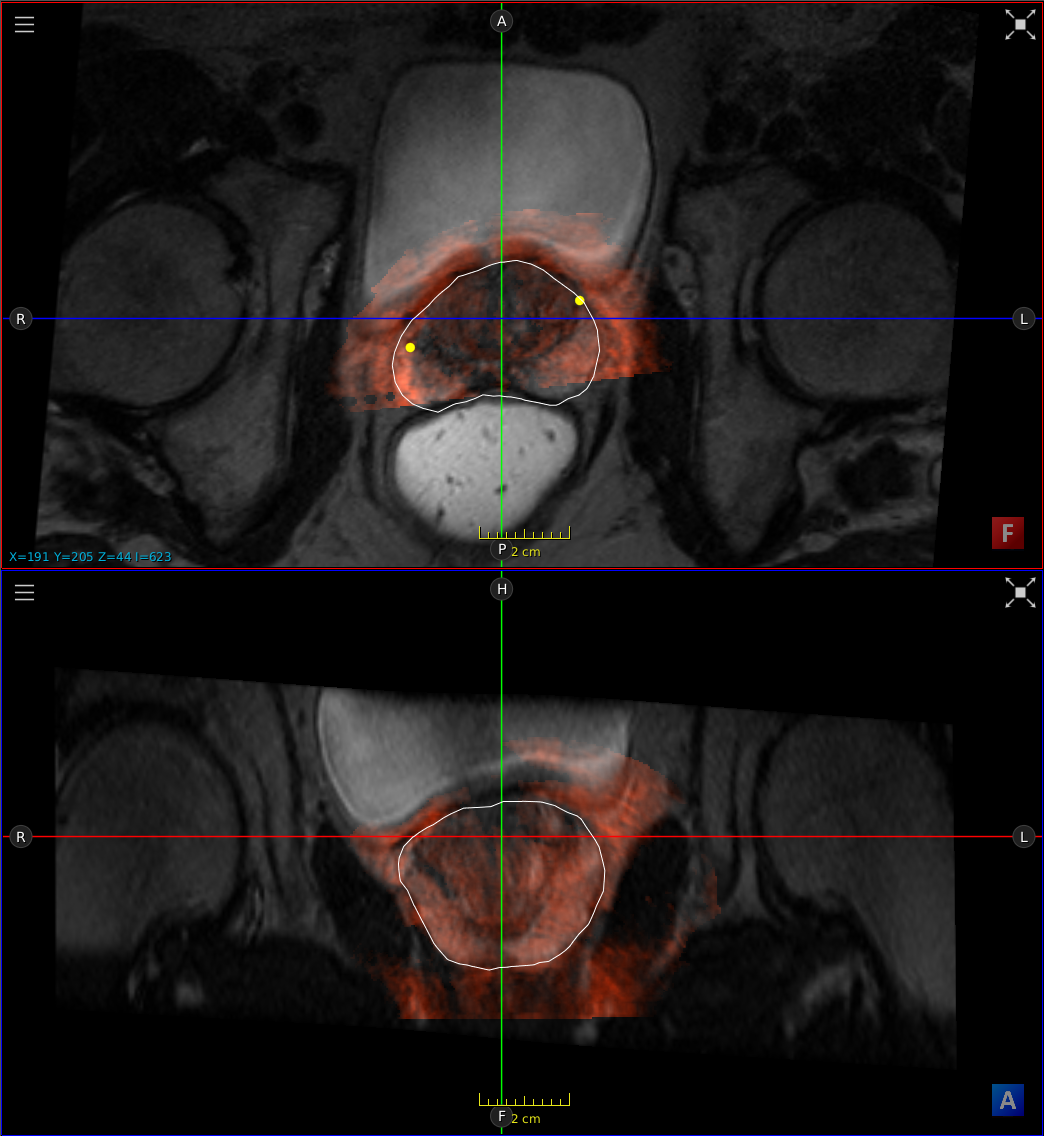